Cointreau Art of The Mix

Our new Cointreau Art of The Mix campaign goes beyond a brand campaign, its an interactive way of communicating Cointreau’s importance in mixology and showcasing the infamous cocktails that put Cointreau at the ‘heart of the mix’! Featured in over 350 classic cocktails like the infamous Margarita, Cosmopolitan, Side Car, White Lady, the famous orange peel liqueur has long been a key player in modern cocktail culture.

Since its creation in 1849, Edouard Cointreau set the tone for Maison Cointreau. Embodied by the famous square bottle that bears the name of its creator, the brand expresses the same playfulness today, driven by the creative impulse that gave it life.

“I have thrown myself passionately into researching this liqueur. I wanted it to have the purity of crystal and a delicately subtle flavour thanks to the perfect harmony of sweet and bitter orange peels.” Edouard Cointreau

Balance, moments, pleasure, style – even in its creation. The clear liqueur was born out of the inspired idea to combine sweet and bitter orange peels. This combination affords Cointreau its unique and delicate taste, the perfect balance of sweetness and freshness. The Cointreau recipe has retained its original authenticity since its creation. Its character and excellence lie in the rigorous selection and assembly of the orange peel essences, a meticulous task entrusted to Maison Cointreau’s Head Distiller.

Cointreau continues to be the world’s leading premium orange liqueur and enjoys a longstanding presence across the five continents. Its superior quality makes it a favourite amongst bartenders and has earned it a place in the most influential and respected bars around the world.

Let’s take a closer look at some of these Cointreau classics. 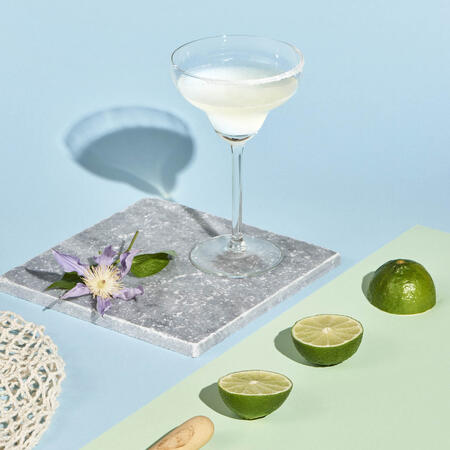 Cointreau and the margarita cocktail have enjoyed an intrinsic relationship since 1948. As the cocktail’s creator Margarete “Margarita” Sames famously said of her instantly iconic drink, “A margarita without Cointreau is not worth its salt.”

Margaret “Margarita” Sames, a wealthy American socialite known for hosting notoriously lavish parties with extravagant twists, created a new cocktail for one of her soirées. She simply mixed two of her favourite spirits: tequila and Cointreau, a liqueur crafted using sweet and bitter orange peel essences at one of her parties in Acapulco, Mexico. Consequently, her friends nicknamed the drink “Margarita” after her.  An immediate success, the drink came to be known as a “margarita” and was later adopted in popular bars around the US. Some of her as regular guests included Nick Hilton, founder of the Hilton hotel chain, Joseph Drown, owner of the Hotel Bel-Air in LA and other influential people who helped popularise the drink.

Today, there are dozens of variants to the classic Margarita, such as a Spicy Margarita, Berry Margarita, Pina Margarita and more.

Celebrities who love The Margarita include Jennifer Aniston. Aniston told E! that when drinking tequila she prefers sipping tequila, but her husband Justin Theroux makes the perfect Margarita comprised of tequila, lime, and “a squinch of Cointreau.” 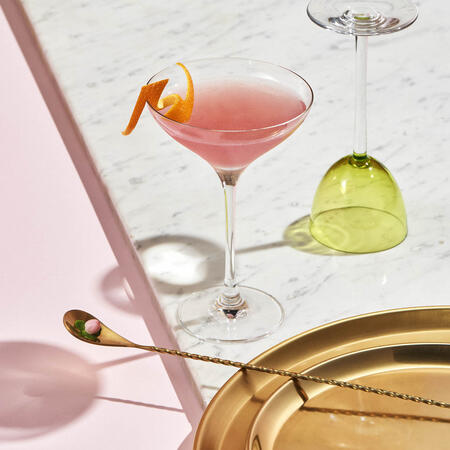 The rise of Cosmopolitan marked the return of premium and fresh ingredients to the cocktail glass. This pink blushed beauty holds court as the most revered modern Cointreau classic.

The most recognised creation of the Cosmopolitan is credited to Toby Cecchini, of The Odeon in Manhattan back in 1987.  He used Absolut Citron, Cointreau, cranberry juice and fresh lime – and that’s how the modern-day Cosmo was born!  However, The Cosmopolitan launched to iconic status thanks the drink being featured on Sex and The City in the late 90’s where it topped the list of bars across America! Due to its delicious taste, it quickly spread in Australia and around the world - the rest is history! 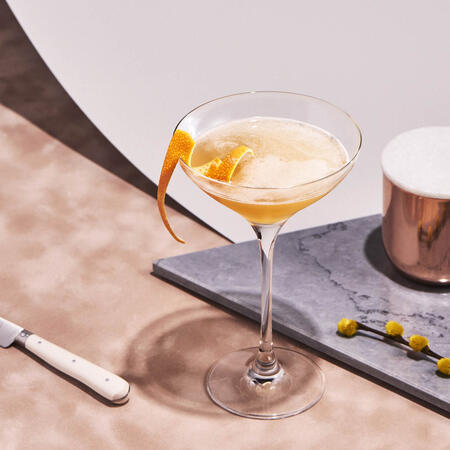 The origin of the Sidecar is unclear, however, it is thought to have been invented towards the end of WW1 (1922) in Paris by an American Army Captain in Paris and named after his motorcycle sidecar.  Other’s claim that the word sidecar means something totally different in the world of the cocktail: if the bartender misses his mark on ingredient quantities so when he strains the drink into the serving glass there’s a bit left over in the shaker, he pours out that little extra into a shot glass on the side – that little glass is called a sidecar.”

Whatever the story is, there’s one thing that’s clear. It’s a cocktail that has lasted the test of time, having seen several resurgences in popularity due to its appealing taste. The drink features equal parts of Cointreau, cognac and lemon juice. The earliest sugaring of the rim seems to appear in cocktail books back in 1934. 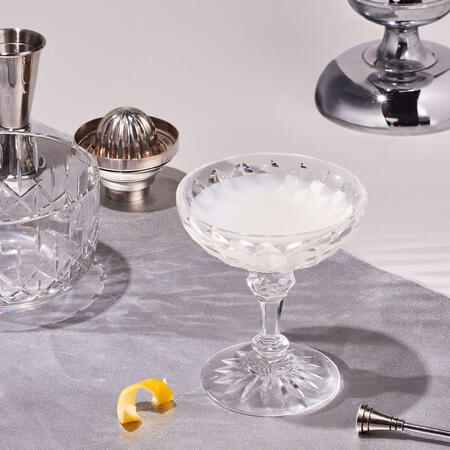 Like most of the classic cocktails, different people have claimed to have created them. The same goes with the White Lady. The most credible version is that it was created by famous bartender Harry McElhone while he was working at London’s Ciro Club in 1919. At that time, he used equal parts of white crème de menthe, Cointreau and lemon juice. It was not until he had his own Harry’s New York Bar in Paris, in 1923, that he adapted the recipe by swapping the crème de menthe with gin.

Harry Craddock, of The American Bar at The Savoy in London also gets a fair bit of credit. In 1930 he published the recipe in his Savoy Cocktail Book, increasing the volume of gin and therefore making the drink drier. It was Peter Dorelli, legendary former manager of The American Bar, who suggested adding a dash of egg white to bind the drink together and give a smooth and silky finish.

While the White Lady’s history can be disputed, it was favoured by the likes of Laurel and Hardy at the Savoy Hotel in London in the 1930s. With today’s regained popularity of gin, this cocktail is poised to reclaim its deserved place in the hall of classics.

The few simple ingredients of Cointreau, gin and lemon juice make this cocktail perfectly balanced with a clean finish and stylish colour! 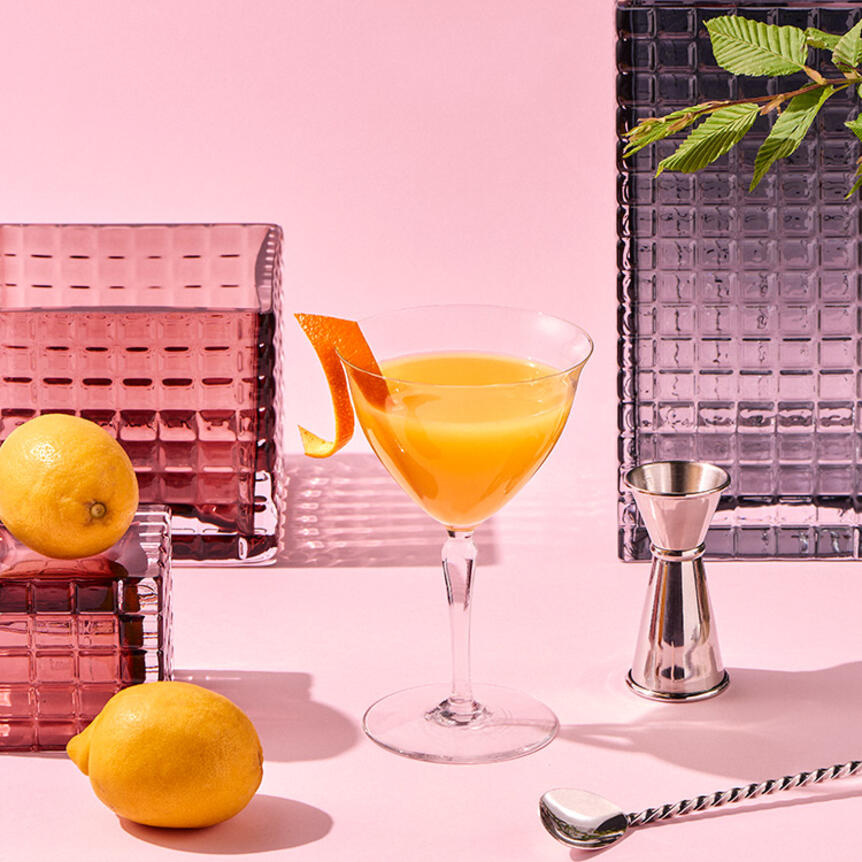 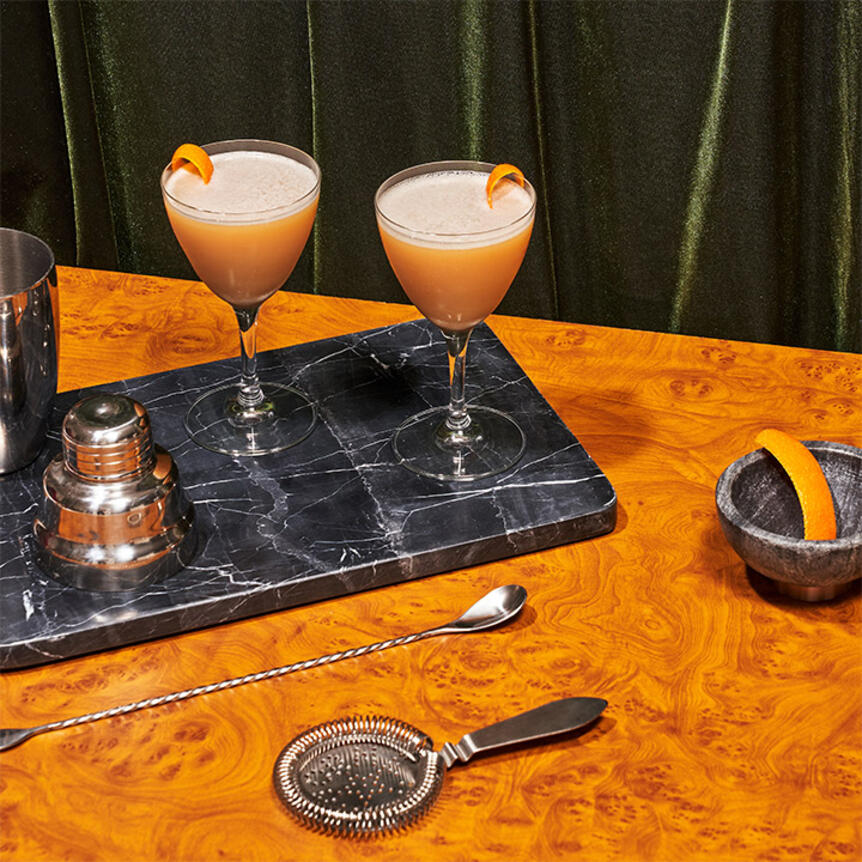 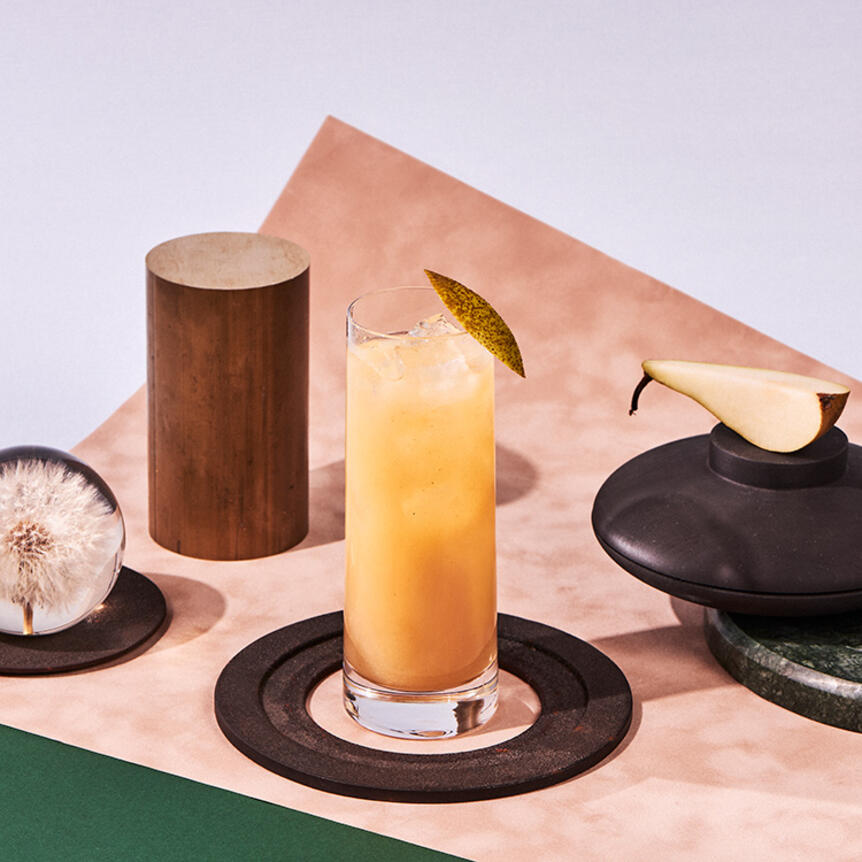 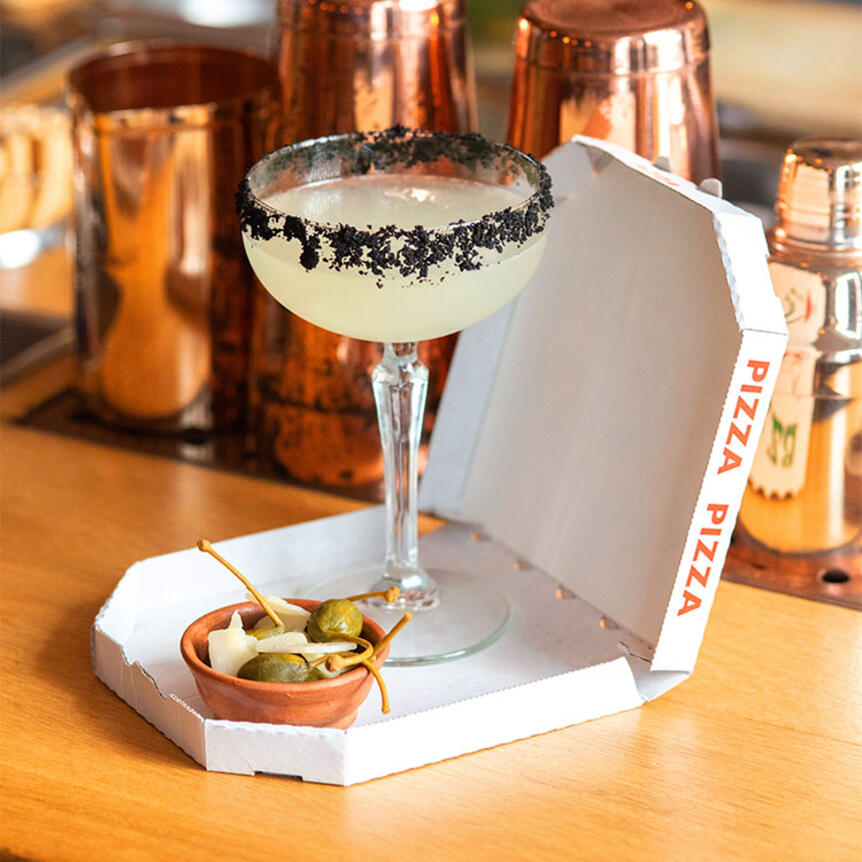 Other favourited cocktails by celebrities 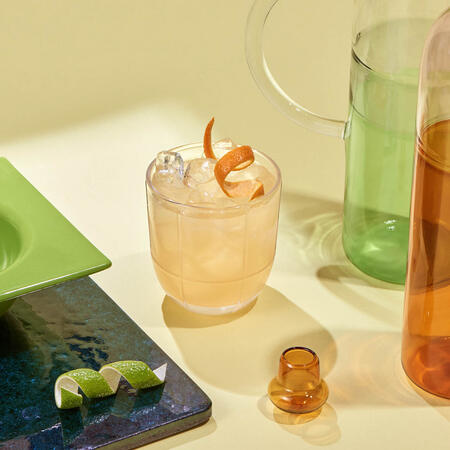 Other favourited cocktails by celebrities

What are you waiting for? Try our Cocktail Matchmaker and create an extraordinary cocktail made possible by the magic of Cointreau! 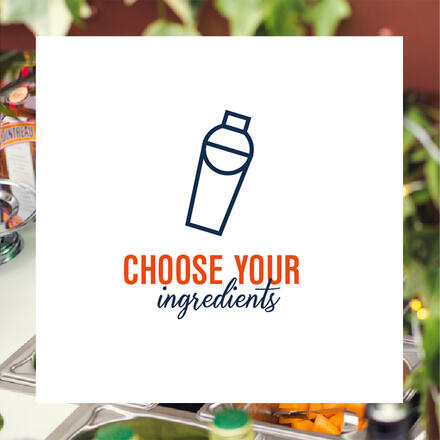 Craving something apple or want to use up that leftover cinnamon? Simply choose your ingredients and let the Cocktail Maker deliver a range of matching recipes!

Craving something apple or want to use up that leftover cinnamon? Simply choose your ingredients and let the Cocktail Maker deliver a range of matching recipes! 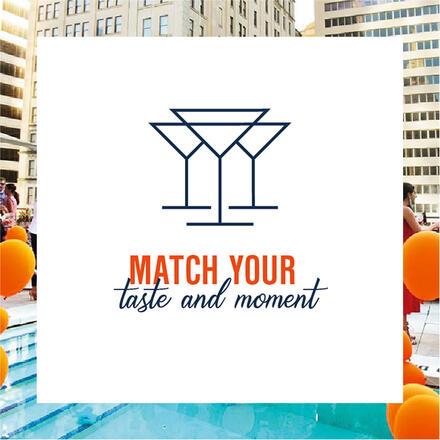 Looking for a fruity libation for a chill summer picnic or a festive signature drink for your next holiday party? Find the perfect cocktail to match your taste and occasion with the Cocktail Matcher.

Looking for a fruity libation for a chill summer picnic or a festive signature drink for your next holiday party? Find the perfect cocktail to match your taste and occasion with the Cocktail Matcher.