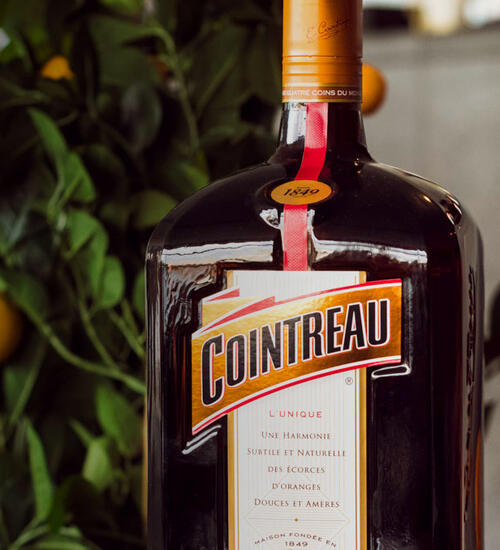 On 23rd September 2019, we held the Australian finals of La Maison Cointreau where five bartenders from across the country participated in the challenge to create a twist on the Cointreau classic – The Cosmopolitan.The Challenge for our finalists was to create a Cointreau cocktail that incorporates the three essential elements of a Cosmopolitan while gaining inspiration from your favourite city or cosmopolitan location. Elements they had to use were Cointreau, Cranberry and citrus, but how they used them and the way they made the cocktail was entirely up to bartenders.

Judging Criteria were 40% for Originality, that is what is different about this drink or did they use ingredients thoughtfully. 25% was for presentation, 25% for flavour, and 10% for technique.

Cocktail recipes had to have a minimum of 15mL Cointreau. Other drinks they could use from the Remy Cointreau portfolio included Remy Martin Cognac, St. Remy brandy, Briuchladdich Single Malt Whisky, Port Charlotte or Octomore Peated single malt whisky, The Botanist Gin and Mount Gay rum. Family, friends and colleagues were all there to support the finalists and the night was very entertaining with great original cocktails presented by all contestants. This year the calibre was once again very high, with lots of innovation and creativity infused into each of their cocktail entries. Australian bartenders demonstrated once again why they are at the forefront of the cocktail culture and we got a small taste of that on the night. However, there could only be one winner and that was Jack Stacey from The Gresham Bar in Brisbane. His winning cocktail was EMINENCE – a well presented, highly innovative and tasty twist on The Cosmopolitan. The competition was fierce and there was only 2 points difference between the winner and runner-up. Eminence cocktail recipe is a light and zesty mix of apples and orange with a slight herbaceous note. It ends with a long lingering cranberry and orange after-taste: –

Add all ingredient into the shaker, shake hard and single strain (with tightly coiled hawthorne).
Garnish with a flamed orange peel.

Jack’s inspiration for a cosmopolitan place was Whistler BC. “It’s a place that has always prided itself on taking its existing surroundings and finding a new, interesting way of presenting them to becoming the leader in its field. Much like watching the eminence of Cointreau’s progression from being an orange liqueur to becoming the quintessential ingredient in many famous cocktails.” In describing his cocktail, Jack stated, “the soft gradient of rising red and orange in this drip is to pay tribute to a beautiful hue that would befall the town as the sun would rise and set over the soft white mountains, much like the aesthetic of the Cointreau bottle itself”.

Jack will jet off to Bangkok to November to compete in the international finals for the prestigious title of International Cointreau La Maison Winner 2019. On behalf of all of us at Spirits Platform we will him the best of luck and hope he ‘brings it home’!