Serendipity has found its ambassador in the bartending world. And he happens to be French, just like Cointreau. But that’s not all; Nico de Soto also has a bit of Australia, London, and New York in him, too. You could say he's cosmopolitan both at heart and in the glass. 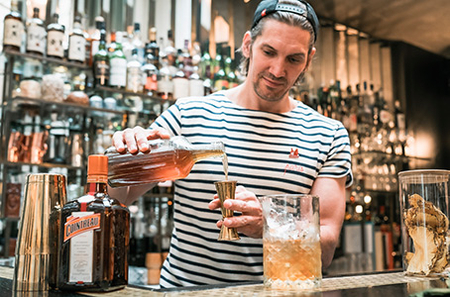 Nico de Soto is a mixologist without borders. He has no boundaries, geographical nor mixological. Nico does have a few core convictions though:

A Thirst for Serendipity 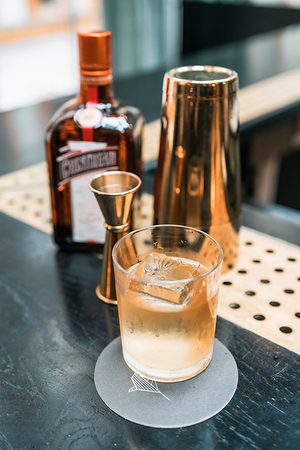 A Thirst for Serendipity

We managed to catch him between two long-haul flights for a cocktail talk in his Parisian bar, Danico. Nestled in one of the most fashionable restaurants in Paris’ hip 3rd arrondissement, within the epic Galerie Vivienne, Danico is the epitome of a Parisian bar: a sophisticated ambience, an understatedly arty decor, and an enlightened menu.

Topping a Margarita with Malaysian lemongrass ants? That's Nico. Using bacon to create a bitter reminiscent of American breakfasts? That's him again. The signature 1000 Punches cocktail? Still him! And he did it all without compromising on his personality, fundamentals, and references. Impressive! 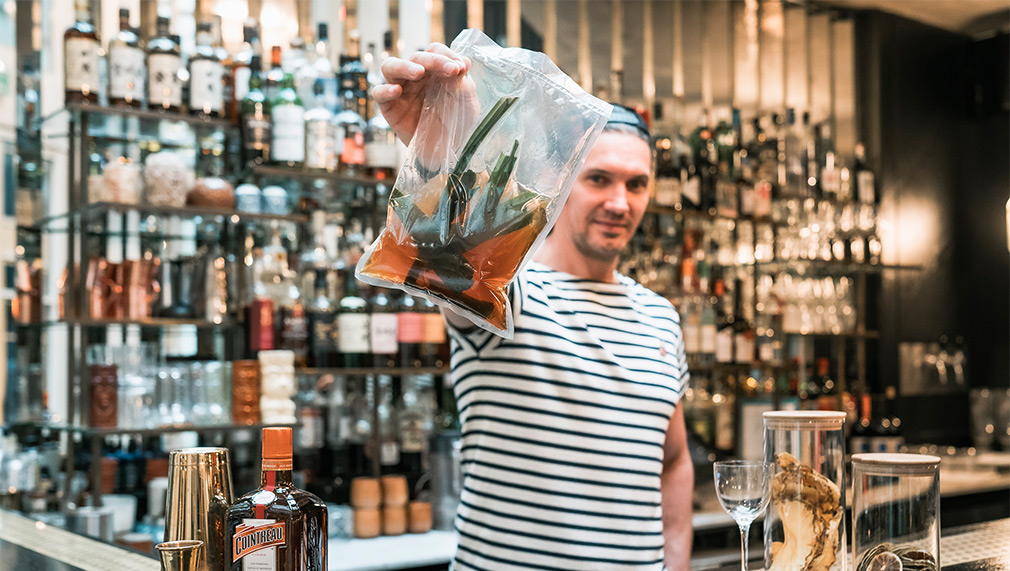 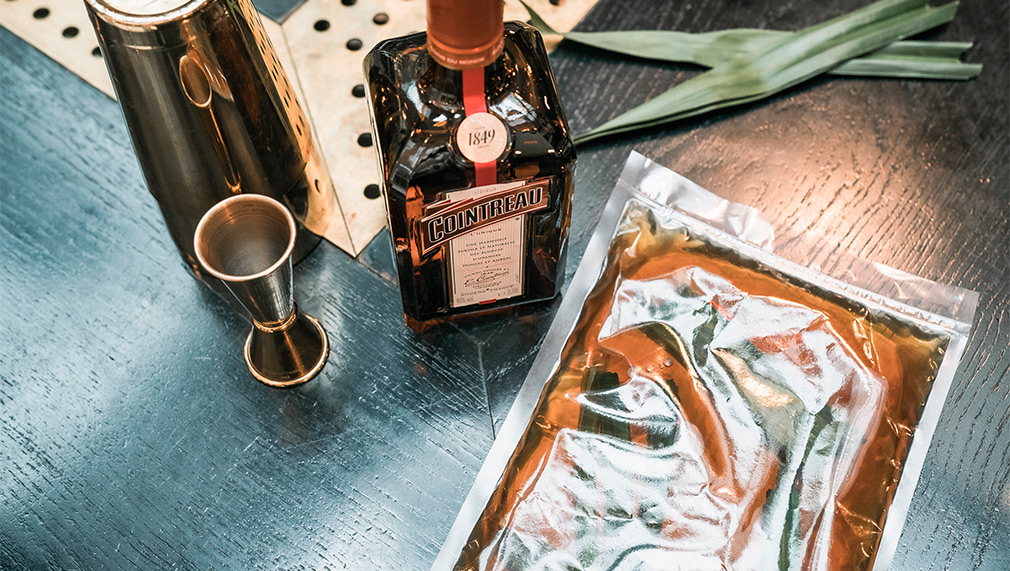 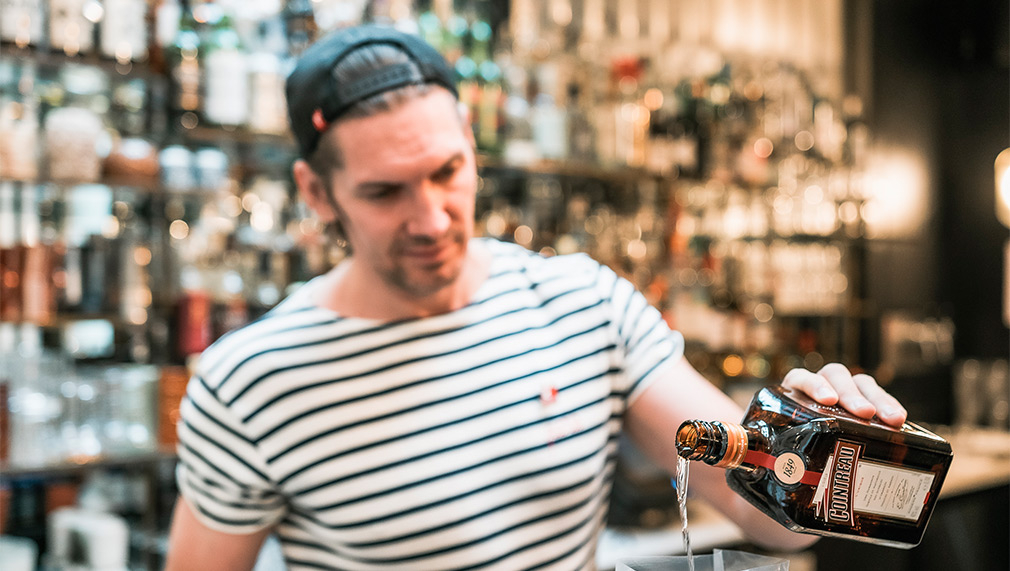 Nico de Soto's cocktail journey began when he moved to Sydney on a whim for, hoping to escape his routine. Australia's fresh and vibrant bar scene was his starting point. It’s behind the bars of Sydney, Brisbane, and Canberra, in this spirited mix of encounters and cultures, that Nico has found fulfillment and absolute creative freedom.

Simply and humbly, he learned the basics of mixology on the Australian cocktail scene. "Cointreau has always been there. I can't remember my first encounter with it... it's like an unfailing partner, whose history I uncovered while learning how to prepare my first Cosmopolitan or Brandy Crusta.”

Cointreau has always been there. I can't remember my first encounter with it... it's like an unfailing partner, whose history I uncovered while learning how to prepare my first Cosmopolitan.

Whenever he has a little free time, the call of adventure takes over. New Zealand, Indonesia, Hong-Kong... his emblematic creation, the 1000 Punches, or "Kota Tearnate," is the expression of his travels, a pure fusion.

Nico’s eclecticism quickly became a statement; a work method as well as a lifestyle that drove him to New York, where his reputation was firmly established by strokes of luck. He was in the right place at the right time, rising to become THE French barman of the Big Apple. And like in a virtuous circle, the more he works, the more he travels, the more he meets, the more he is asked to consult on bars' drink menu creation.

But as Nico puts it, "Being highly visible, traveling... it’s not mandatory! In some countries it can be quite the opposite! In Japan, leaving the country can be perceived as a form of desertion. The bartender icons in Japan are 90 years old and have made their whole careers on the island." For Nico, traveling is also about understanding others and their cultures, absorbing the best of it, and translating it into creative libations.

Inspire from the best

Inspire from the best

You might think that all Nico de Soto's travels and all his sources of inspiration would make him forget the classics. But in fact, mixology basics are like milestones, or beacons in international waters if you will. "Cointreau is a must in every bar. We simply tailor and work it differently to meet the varying expectations of our customers.”
In his Danico bar in Paris or at Mace in New York, the flavor profiles might stay the same, but the presentation must be completely adapted. Picking provocative cocktail names to entice French patrons? Yes! But in the U.S., the approach is quite the opposite: You have to put the ingredients in the spotlight to spark curiosity.

For nearly 15 years, this troublemaker of the cocktail scene has been driven by an almost frenetic quest for travel. He has tried all of the 100 best bars in the world. And he had a massive crush on Singapore's Operation Dagger bar, its hypnotic glass ceiling, and, of course, its stylish and avant-garde cocktails. Tireless, he is now scouting the world's top 100 restaurants.

Never stop exploring. That's the mantra. And perhaps that's where Nico de Soto's secret lies... always venturing into the unknown with determination and a strong faith in chance. Unless it's destiny...? 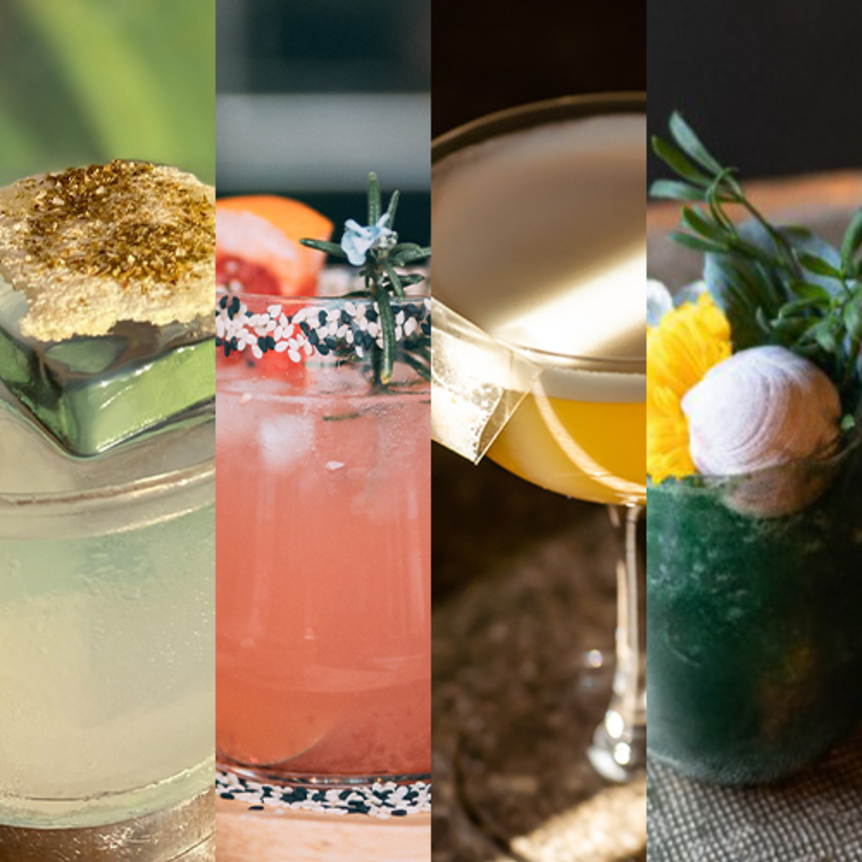 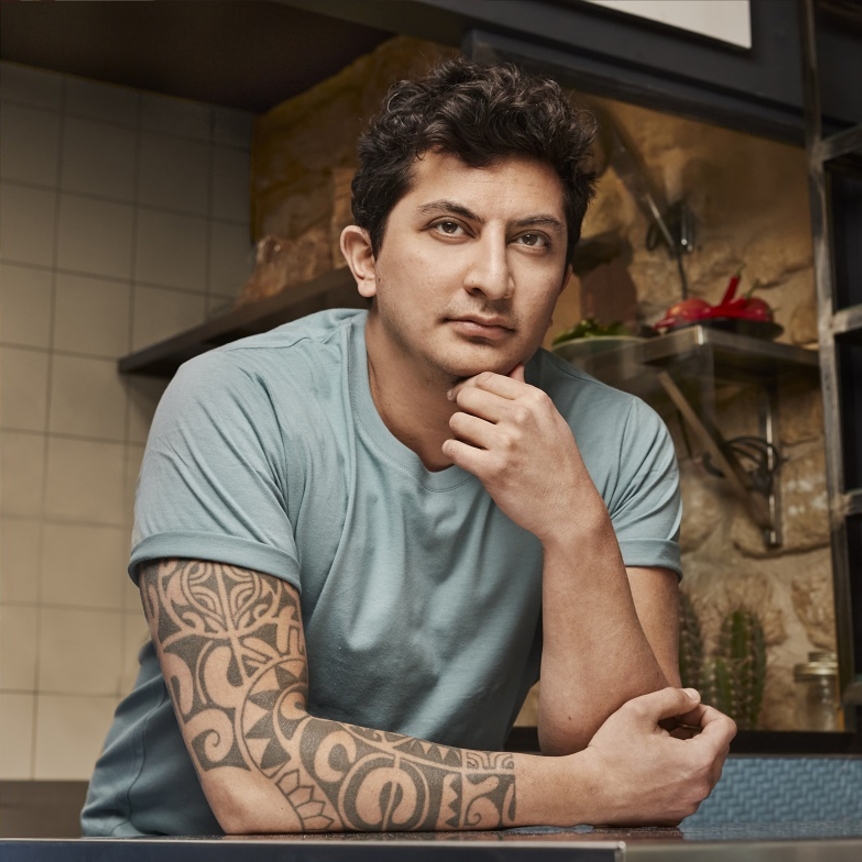 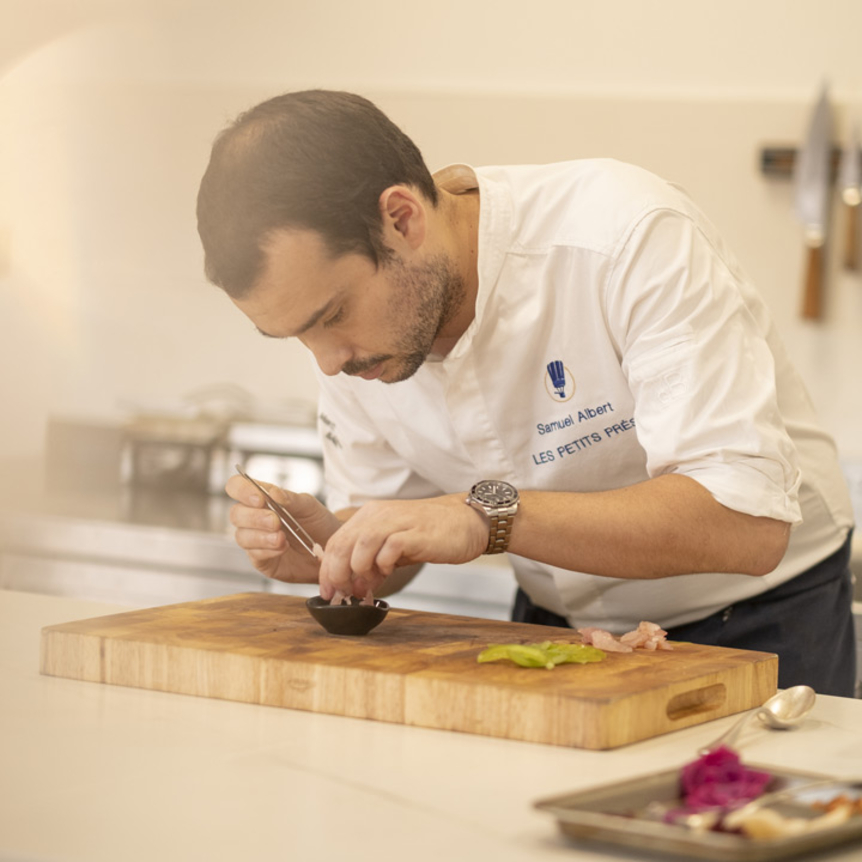