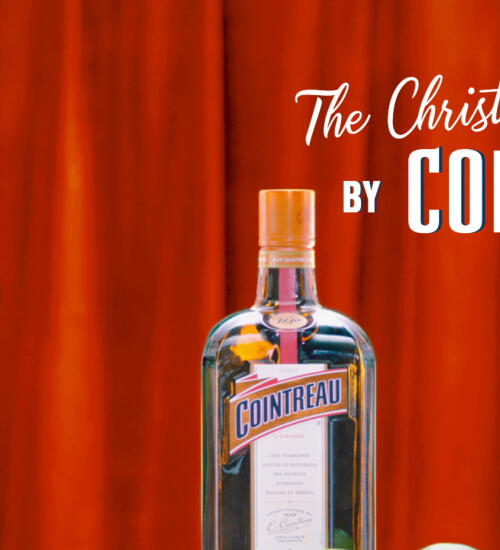 Mix things up this Christmas

A rosemary sprig garnish, a cinnamon sugar rim; deck the halls , cocktail style.
This winter twist of the Acapulco classic cocktail, created in 1948 by American socialite Margaret Sames, is easy-to-make for friends and family to enjoy during the festive period.
Serve 'straight up' or 'on the rocks' for those cosy nights in. 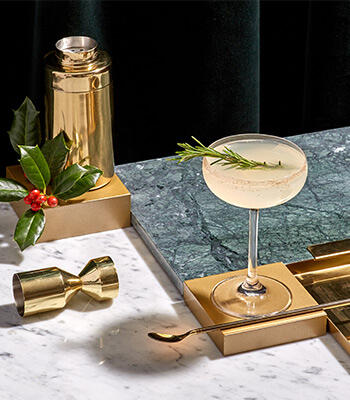 1. Make a cinnamon-sugar rim on your glass
2. Combine ingredients in a shaker with ice
3. Shake vigorously
4. Strain into a cocktail glass
5. Garnish with a Rosemary sprig 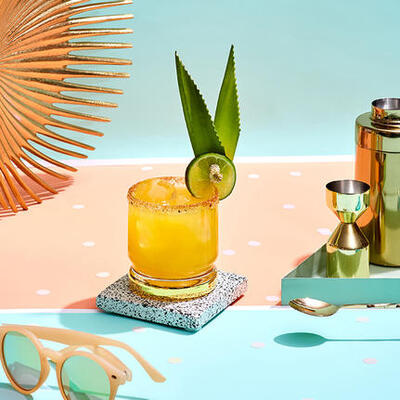 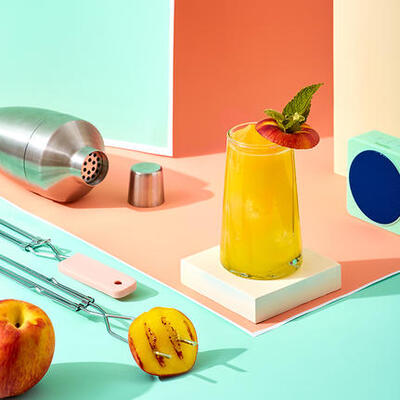 The original Margarita was created in 1948 by Margarita Sames, an American socialite known for hosting notoriously lavish parties in Acapulco. She famously said, “A Margarita without Cointreau is not worth its salt ”. 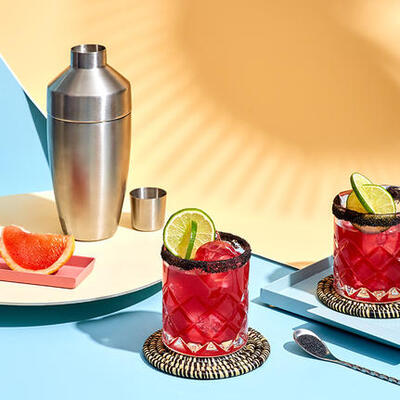 Over the years, Margaret served her cocktail to her guests, referring to it as “The Drink ” **. “The Drink” became “The Margarita” after Bill, Margaret’s husband, gave her a set of champagne glasses etched with her nickname on them. 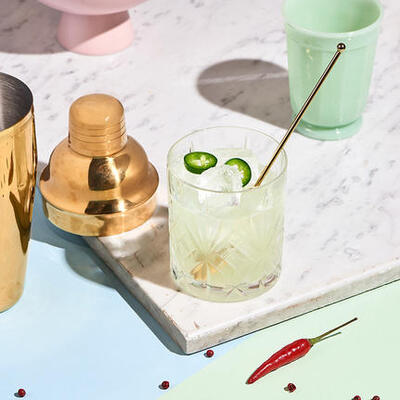 According to the legend, Margaret had no intention of promoting her cocktail, but her influential friends — including Nick Hilton, movie star John Wayne, and Joseph Drown, owner of the Hotel Bel-Air in Los Angeles — loved it so much that they spread the word. 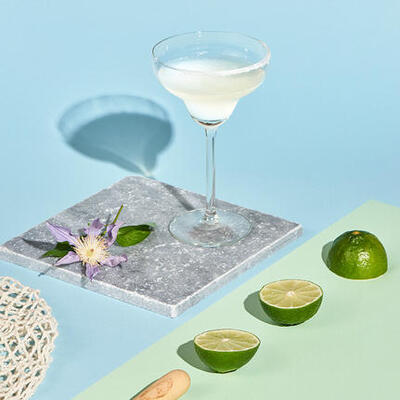 The Margarita is so beloved that it’s not only a popular cocktail for Cinco de Mayo; it even has its own day: February 22 has been named National Margarita Day. Cheers… and mark these dates! 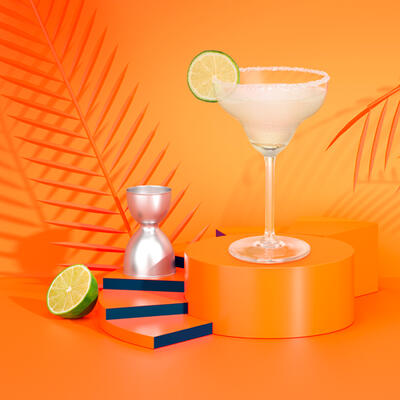 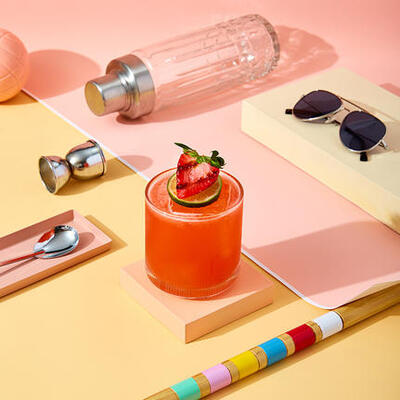 The versatility of the Cointreau Original Margarita is a never-ending story. Twist your original base with your favorite teas, fruits, spices, or salts and you have a totally new cocktail. Find more than 30 recipes in our cocktail section 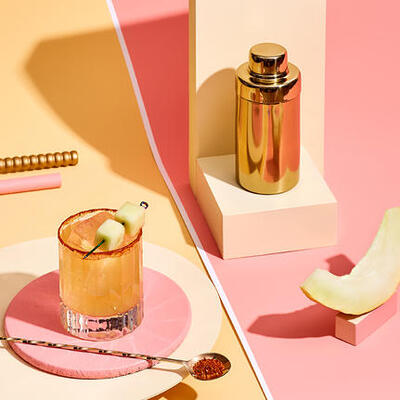 According to a third-party study***, a Margarita prepared with Cointreau has a superior aromatic intensity; is richer in citrus, green, floral, and fruity notes; and has a longer finish on the palate. Oh, and it’s fresher too! 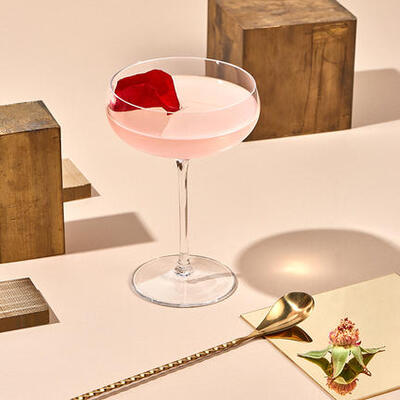 While the original recipe is shaken and served in the eponymous Margarita glass, this cocktail thrives in many forms. Try the icy blended version and serve it in a tumbler to make a splash. 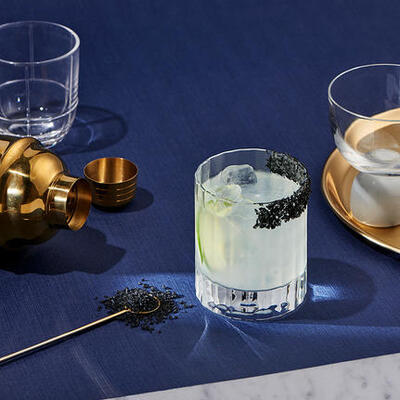 Psst! Salt isn’t just for decoration. It’s also an extraordinary flavor enhancer. Get wild by exploring different tastes (herbal, smoky, zesty) and origins (Egypt, France, Hawaii) or kick it up a notch by creating your own blend at home.

AN ACAPULCO GIRL AT HEART 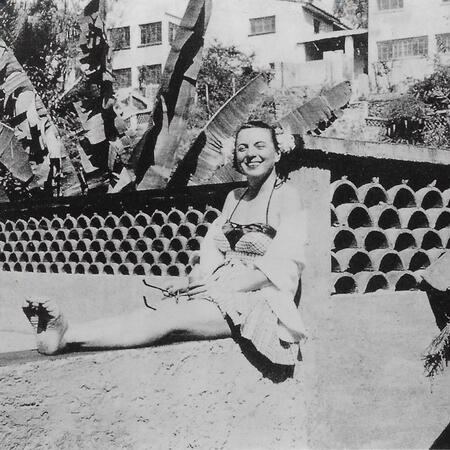 Today, the original Margarita has gone on to become a staple in bars and homes alike.

AN ACAPULCO GIRL AT HEART

The story of the original Margarita started in 1948 in Acapulco. The Mexican coast had officially transformed into a jet-set destination visited by the who’s who of the time. Margaret “Margarita” Sames, a wealthy American socialite known for hosting notoriously lavish parties with extravagant twists, needed a creation for one of her soirées. Attended by the rich and famous, housing international guests, and often created with elaborate themes, a Margaret Sames party was known to go on for days. For this particular one, she wanted a good daytime cocktail that you could enjoy by the pool. Naturally, she turned to two of her favorite spirits: Cointreau and tequila.

After trying numerous variations, Sames landed on her signature recipe, with lime juice to balance the alcohol and a light dusting of salt on the glass rim for a touch of flair. An immediate success, “The Drink” came to be known as the “Margarita”, a name coined by Sames’s husband, and the recipe spread by word of mouth by Sames’s influential friends.

I wanted to create a good day time cocktail that you could enjoy by the pool.
Margaret Sames 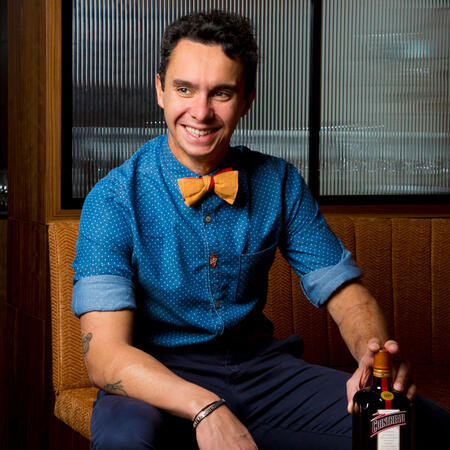 HOW DID COINTREAU EARN ITS PLACE IN ONE OF THE MOST POPULAR COCKTAILS IN THE WORLD?

There is a reason it was one of Sames’s favorite liqueurs. Cointreau acts as a flavor catalyst when mixed into cocktails and has a proven sensory impact. According to an independent study on a variety of Margarita recipes, an original Margarita made with Cointreau demonstrates superior organoleptic qualities and a very aromatic, fresh, and balanced sensory profile. The Margarita holds a special place in Cointreau’s history as well, so much so that the Cointreau family passed the recipe down through the generations.

“My siblings and I used to go to our grandparents’ house regularly and my grandmother taught us how to welcome our friends and guests. This included how to make a margarita. I remember I was hooked after I made my first one with my grandmother. She was the teacher, showing us the appropriate glass to use and which drinks to serve to guests. My grandfather was the storyteller; he told us stories about his grandfather, the creator of Cointreau.” 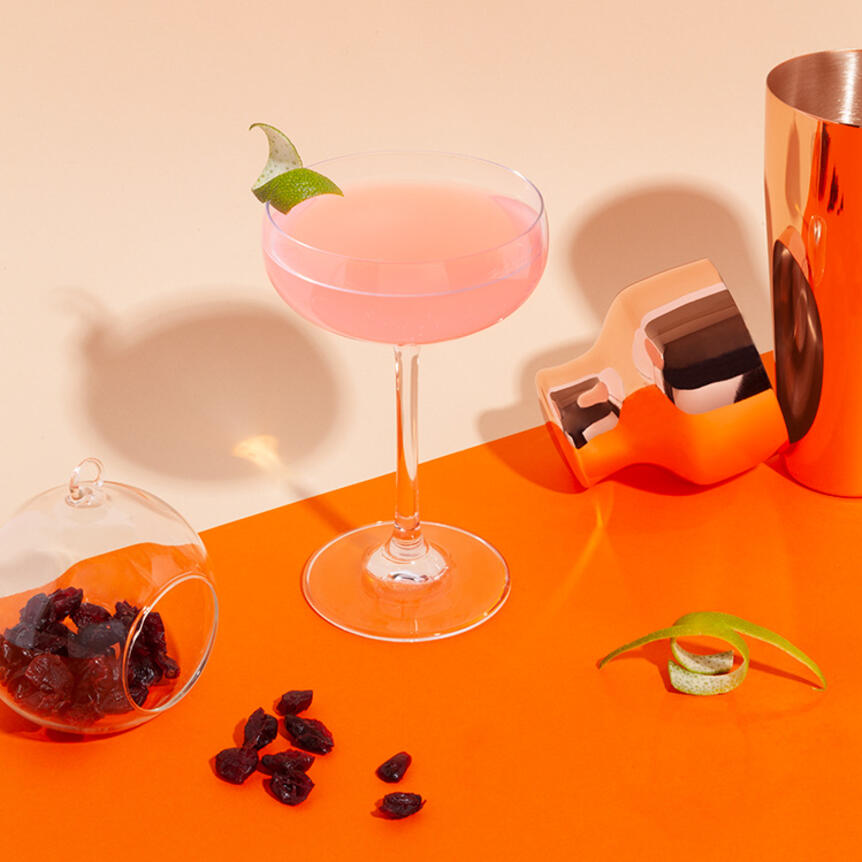 A twist of the margarita created in 1999 by Robert Plotkin and Raymon Flores,...
See recipe 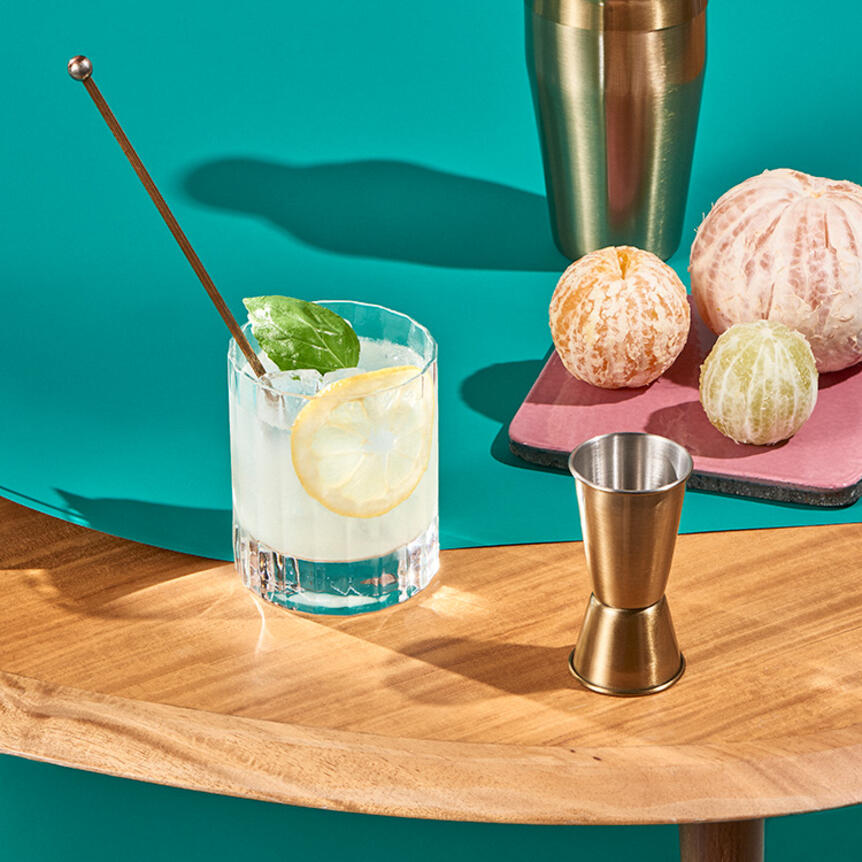 The freshest margarita you’ll ever taste. The balance of citrus & herbs ...
See recipe 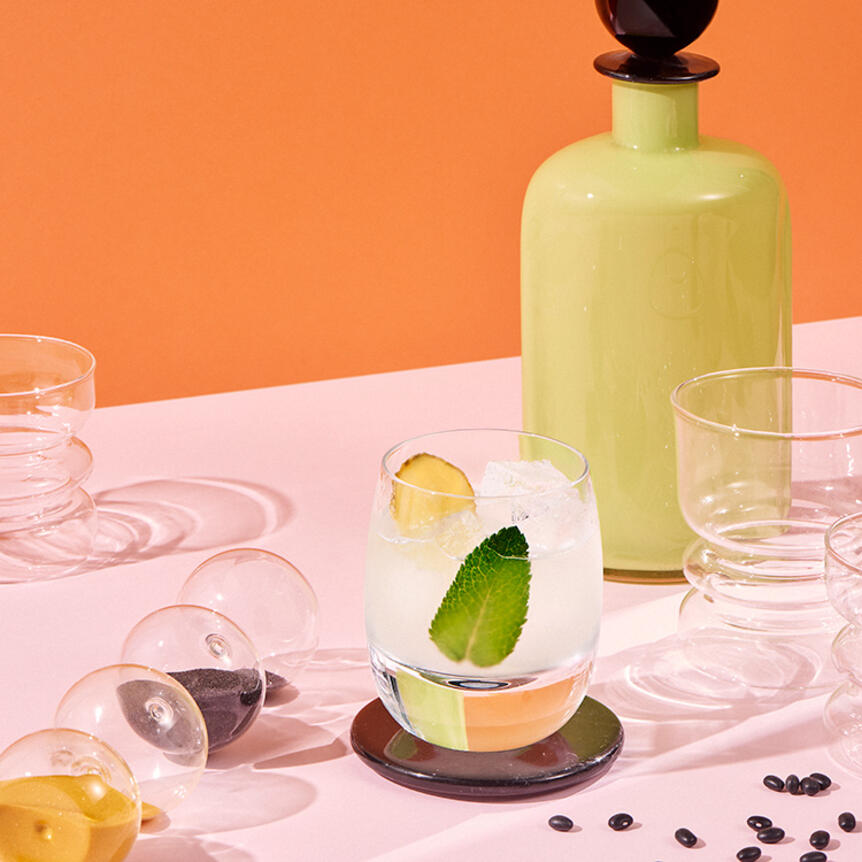 The spice of ginger gives this margarita a tantalizing bite that is aromatica...
See recipe 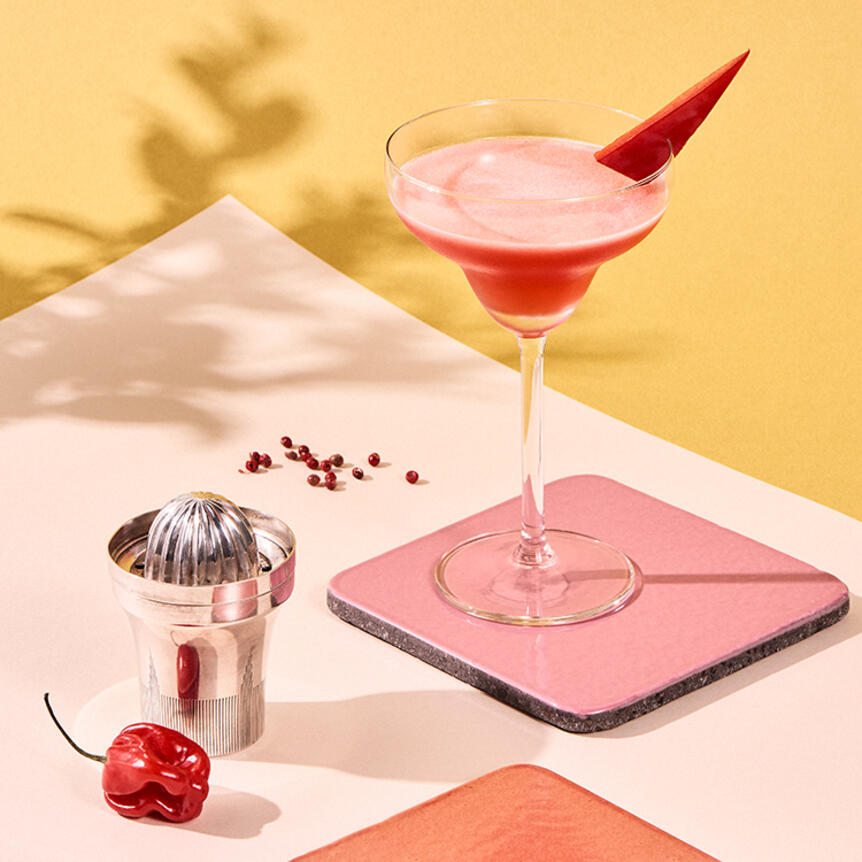