Alexis Delassaux, a 33-year-old Franco-Mexican chef, began his career amongst the greatest. Now at the head of his own restaurant, Luz Verde in Paris, he offers a cuisine of unforgettable flavors, no frills and filled with love. His secret recipe? The flavors of seasonal products along with his family roots which inspire him daily: son of a French father and a Mexican mother, his inspiration is nourished by the clever marriage of these two.

His name might intrigue you, and for a good reason: his personality is as unforgettable as his colorful cuisine. Owner of his restaurant, Luz Verde in Paris, the 33-year-old Franco-Mexican chef put his heart on his sleeve and gave it everything to be where he is today. He has also learned from the greatest chefs, among the most renowned institutions in Paris. Launched into the world of cooking a little by chance after a 2-year BEP in cooking, his passion quickly leads the way. Discover the portrait of a chef “toqué” (Gault & Millau) who aims for the stars.

The Original Margarita is a pretty tangy cocktail since it consists of lime, Cointreau liqueur and Tequila. In order to counterbalance this, you need to add sweeter or spicy ingredients. Discover my food pairing! 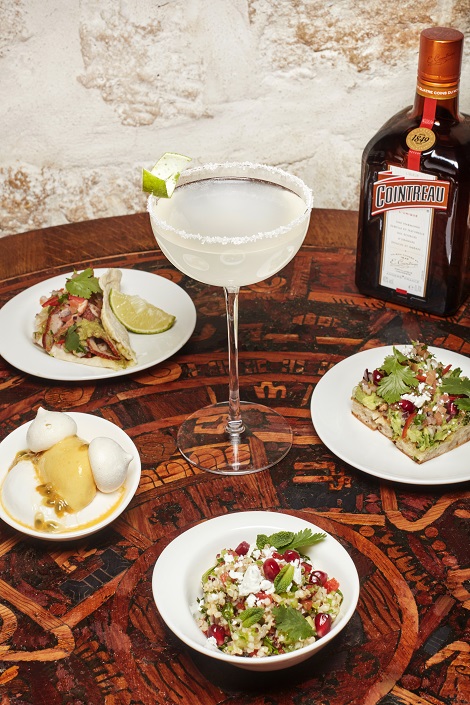 It's time to prepare your Margarita !

Discover Alexis' summer margarita food pairing with a chicken tacos and a tomato and watermelon salad.

Sign up and receive our monthly selection of cocktail recipes!

Sign up to not miss any news, events or promotional information from Cointreau!

Buy your bottle of Cointreau